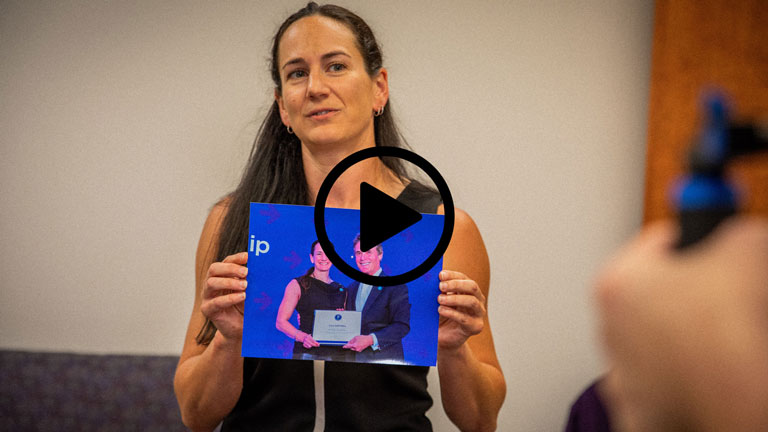 If you’re even remotely connected to the convenience store industry, you’ve heard of The NACS Show. Someone who knows all too well is Lisa Dell’Alba, President and CEO of Square One Markets.

“One of my first responsibilities, working for my father, was signing us up for the NACS Show,” Lisa recalled of the years she spent prior to taking over her family business in 2009.

For those who don’t know, this mammoth trade show is 420,000 square feet of “just about anything legal you can purchase in a convenience store,” said Michael Davis, Vice President of Members Services, NACS. “Ask anyone about the first time they attended the NACS Show and they’re going to say to you, ‘WOW.’”

The show floor seems like an infinite universe of products and equipment, and the host city’s population swells by tens of thousands of people every time the organization comes to town.

If you want to see what the future holds for the industry, NACS is your crystal ball. But it’s more than a limitless galaxy of possibilities, it’s also a giant sounding board for c-store owners to gain valuable business advice and networking opportunities.

“There are a number of events that are held, Gilbarco holds one, and [Lisa] will attend those events to ask questions of her peers,” Davis said. “But she also helps her peers get their own answers.”

Beyond the razzle dazzle of their enormous trade show, NACS serves as a voice for the entire convenience and fuel retail industry. The organization is there to support C-store owners, big and small, and advocate for their success at all levels of government.

“There’s a tremendous amount of impact and power that our members have when they walk the halls of Capitol Hill,” Davis said.

For Lisa, it wasn’t enough to just attend the shows and lobby state and federal lawmakers. Since her first trip to the NACS Show, Lisa has had her sights set on becoming a member of the NACS Board of Directors. By 2015, she had accomplished that goal. By 2020, she had been elevated to the association’s executive committee.

“We’re certainly in business to make money, but for me it’s really about jobs,” Lisa said, reflecting on her work for the industry. “There aren’t too many other industries that process the amount of transactions we process in one day. So, we have an opportunity to really be a part of a community and help people grow, help people develop.”

“That’s what drives me.”

Click here to learn more about the National Association of Convenience Stores and the annual NACS Show.